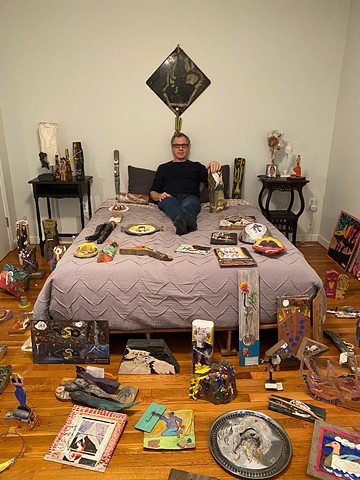 Doug Beube is a mixed media artist and independent curator in Brooklyn, NY. For 20 years from 1993 to 2014 he was the curator of the Allan Chasanoff Bookwork Collection in NYC. Doug was initially inspired by Pfriender's work and his uninhibited, expressionistic use of found materials. Through his friendship with Pfriender he became the collector of over 100 artworks of Pfriender's which are available for purchase either individually or as a collection.